Every owner fears coming home to a possible problem with one of their pets. And this was the sight that greeted me after a long day in surgery at Friendship. A shredded box of sugar-free gum in the same room as all three of my dogs.

Sugar free gum often contains xylitol, an artificial sweetener that is toxic to dogs. Xylitol causes a rapid and severe increase in insulin in the blood of dogs. This in turn causes a severe drop in blood sugar. Xylitol can also be toxic to the liver.

The amount of xylitol in a stick of gum not only varies by manufacturer, but also by gum flavor. To make things even more problematic, the amount of xylitol in sugar free gum is never available on the package label. At 9:00PM on a Friday night I thought it was unlikely I would reach someone at Trident to give me the information. I racked my brain trying to remember how many sticks were left in the package, but I really had no idea. I had to guess at least half the package remained. It was also unlikely they had split the spoils fair and square. So using an estimate of 0.3 grams of xylitol in a stick of gum, possible ingestion of 9 sticks of gum, and a worse-case scenario that they were all ingested by 1 dog, I did a little math.

For Vegas, my Rhodesian Ridgeback weighing in at 96 lbs, the dose was too low to be toxic (phew). She’s also a huge push over and would have allowed the other dogs to eat it first. It could still cause some diarrhea though.

For Lily, my Beagle mix weighing 35 lbs. the dose was high enough for her to be at risk for developing hypoglycemia (low blood sugar). If I had to guess, Lily was the likely culprit. She is capable of getting up on desks and counters and generally causing havoc when it suits her.

For Pearl, my Shih Tzu mix weighing in at a mere 12 pounds, the dose was high enough to cause low blood sugar and high enough to cause liver toxicity. For this little dog, even if I guessed she only got two sticks, she would still be at risk for hypoglycemia. I really couldn’t discount that this old girl could have eaten it all either. Despite her diminutive size she can be tough, and in her hey-day she would have taken on both of the other dogs to win a prize like this.

Okay, so now I knew the situation was a possible emergency. But before panicking I tried to get more information on the gum. Not all sugar free gum contains xylitol. A search online eventually uncovered an ingredient list. The artificial sweetener in the gum they ate was maltitol. Maltitol is a sugar alcohol like xylitol, but I was not familiar with it. It seemed possible that it was toxic in the way xylitol is, but it also might not be. Using online resources once again I found oodles of hysterical posts about how maltitol sickened and even killed other dogs. After a quick scan of the posts I determined that the authors were not differentiating maltitol from xylitol.

I decided I needed real information and called the pet poison control center at the ASPCA. This pet poison control center is frequently consulted by Friendship doctors when a possible toxin has been ingested. After setting up an account, I provided all the details of the possible exposure and information about my dogs. The veterinary toxicologist was very helpful and assured me that maltitol was not toxic! I did not need to worry about low blood sugars, nor did I need to monitor liver enzymes. Diarrhea was a concern though as the large sugar molecules would draw water into the digestive tract.

My dogs would be fine, but ingestion of xylitol containing products is a commonly seen problem at Friendship. Over the years the use of xylitol has increased and it is commonly found not only in sugar-free candy and gum, but also in baked goods, desserts, beverages, cereals, and toothpaste. As popularity increased, the number of pet poisonings also increased and has risen from only a handful in 2002 to over two-thousand and five-hundred cases in 2008; and the numbers are continuing to rise!

Link to the ASPCA’s site on people foods to avoid feeding your pet
https://www.aspca.org/pet-care/animal-poison-control/people-foods-avoid-feeding-your-pets 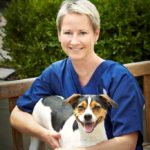 Dr. Dana Kuehn joined Friendship in 2005 and is our Chief of Primary Care Services.  She is originally from Minnesota, where she completed a BS in biology and graduated from the University of Minnesota College of Veterinary Medicine in 1995. She completed a rotating internship in small animal medicine and surgery in Hollywood, Florida and continued on as an associate in the practice for 10 years.  Her professional interests include endocrinology, ophthalmology, soft tissue surgery, and urology.

10 Strategies to Cope with Pet Loss at the Holidays

Losing your pet can feel devastating at any moment in the year. At the holidays, your grief can appear even greater as you try to...