Do you have a Big Dog?

I love big dogs and have grown up with them all my life.  Currently, my family and I have 2 dogs, a female Rottweiler named Cleopatra and a 120 pound Bull Mastiff named Diesel.  As you can imagine, our dog food budget is enormous!  However, it is worth the cost because the bigger the dog the bigger the kisses.  But, owning a large breed dog does require that you consider a few things that owners of smaller dogs generally do not need to worry about: house size and one with a sturdy foundation (Diesel likes to eat drywall),  an endless supply of poop bags, and literally being pushed out of the bed in the middle of the night.  But, I could not imagine life without my giant companions and that is why it is so important to be aware of BLOAT. 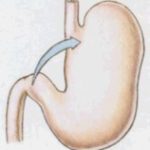 Bloat is a term that is often used to describe the condition GDV.  GDV stands for Gastric Dilatation and Volvulus.  It is a life threatening condition that can develop in some dogs that causes the stomach to rapidly fill with gas and/or fluid and then flip upon itself.  Once rotated, the gas is unable to escape and continues to build up.

Who can get Bloat?

Dogs that are at high risk for GDV are large and giant breed dogs and dogs with deep or barrel shaped chests.  It has also been suggested that dogs that have nervous temperaments, are in high stress situations, eat too quickly or had a parent or sibling that bloated may also be at higher risk.

How do I know if my dog Bloats?

Often signs of GDV develop 2-3 hours after eating a large meal.  However, it does not need to be associated with eating at all.  The classic sign of bloat is unproductive retching (it looks like your dog has to throw up but nothing comes out).  The abdomen appears to be swollen and firm to the touch.  Breathing may also appear to be labored and they may have a hard time getting up or even collapse.

Is this an emergency? 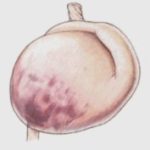 When the stomach becomes distended and then rotates, both the entrance and exit to the stomach are blocked.  Extreme distention of the stomach decreased and blocks the blood supply to the stomach, as well as the blood flow to the rest of the body.  Systemic circulation becomes seriously compromised resulting in systemic shock.  Without treatment this condition is fatal in almost every case.

How is it treated?

Treatment for GDV involves emergency surgery.  However, even with emergency treatment and surgery, GDV is fatal in 10-30% of affected dogs.

How do I prevent Bloat?

There are a few things that can be done at home to help decrease the incidence of  bloat, for instance, feeding your dog from a bowl on the ground instead of from an elevated bowl on a stand, and feeding at least 2 meals a day is helpful.  However, the best way to put your nerves at rest would be to consider a prophylactic surgery called a gastropexy.  A prophylactic gastropexy is a procedure that anchors the stomach to the inside of the body wall, preventing it from rotating when it becomes distended.  This procedure can be done as a puppy at the time of their spay or neuter.  Or even as a laparoscopic procedure in bigger dogs who have already been altered.

So what am I trying to tell you?

Bloat is a very scary and life threatening condition and it is better to try and prevent it rather than to treat it after it occurs.

Talk to your primary care veterinarian with questions about a prophylactic gastropexy.

Dr. Shani Boone graduated from Tuskegee University School of Veterinary Medicine in May 2004.  She completed her internship at Friendship before joining us as a full-time staff veterinarian.  Dr. Boone works in our Primary Care and Surgery departments.

Updated November 4, 2022:   As of Monday November 7, 2022: One person per patient is permitted into the building. Masks are optional inside of...